What is a ROBOT?

Robotics is a branch of engineering that involves the conception, design, manufacture, and operation of robots. This field overlaps with electronics, computer science, artificial intelligence, mechatronics, nanotechnology and bioengineering.

Why we use ROBOTS

Most popular type of robots

Wheels are by far the most popular method of providing mobility to a robot and are used to propel many different sized robots and robotic platforms. Wheels can be just about any size, from a few centimeters  up to 30 cm and more . Tabletop robots tend to have the smallest wheels, usually less than 5 cm in diameter. Robots can have just about any number of wheels, although 3 and 4 are the most common.

Usually low-cost compared to other methods

Tracks (or treads) are what tanks use. Although tracks do not provide added “force” (torque), they do reduce slip and more evenly distribute the weight of the robot, making them useful for loose surfaces such as sand and gravel

hen turning, there is a sideways force that acts on the ground; this can cause damage to the surface

An increasing number of robots use legs for mobility. Legs are often preferred for robots that must navigate on very uneven terrain. Most amateur robots are designed with six legs, which allow the robot to be statically balanced (balanced at all times on 3 legs); robots with fewer legs are harder to balance. The latter require “dynamic stability”, meaning that if the robot stops moving mid-stride, it might fall over. Researchers have experimented with monopod (one legged “hopping”) designs, though bipeds (two legs), quadrupeds (four legs), and hexapods (six legs) are the  most popular.

Closer to organic or natural motion

Increased mechanical, electronic and coding complexity (not the easiest way to get into robotics).

Although these do not fall under the category of mobile robotics, the field of robotics essentially started with arms and end-effectors (devices that attach to the end of an arm such as grippers, electromagnets etc.). Arms and grippers are the best way for a robot to interact with the environment it is exploring. Simple robot arms can have just one motion, while more complex arms can have a dozen or more unique degrees of freedom.

Stationary unless mounted on a mobile platform

Cost to build is proportional to lifting capability 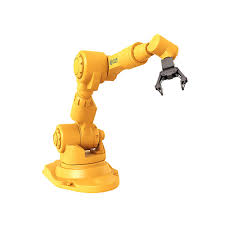 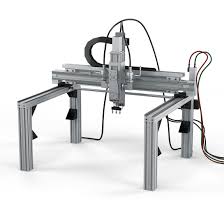 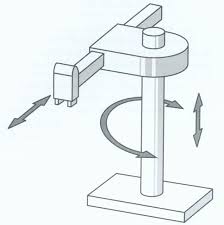 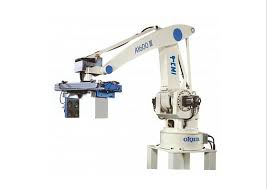